Emperor International Holdings Limited (hereinafter "the Group", Stock Code: 163) was established in 1990, since when it has been constantly expanding its businesses and actively engaged in property investments, property development and hospitality with property portfolio of over 6 million square feet in the Greater China and overseas. Emperor International owns and manages investment properties in prime locations that generate solid income; develops residential projects to drive earnings visibility; and operates hotel and related services business via Emperor Entertainment Hotel Limited (Stock Code: 296), which provide recurrent income to the Group. With its management execution strengths and market insight, the Group aims to be a key property player in Greater China. The Group has been recognised by BCI Asia as one of the “Top 10 Developer in Hong Kong 2019” for its sustainability efforts and achievements in developing high quality and innovative projects. 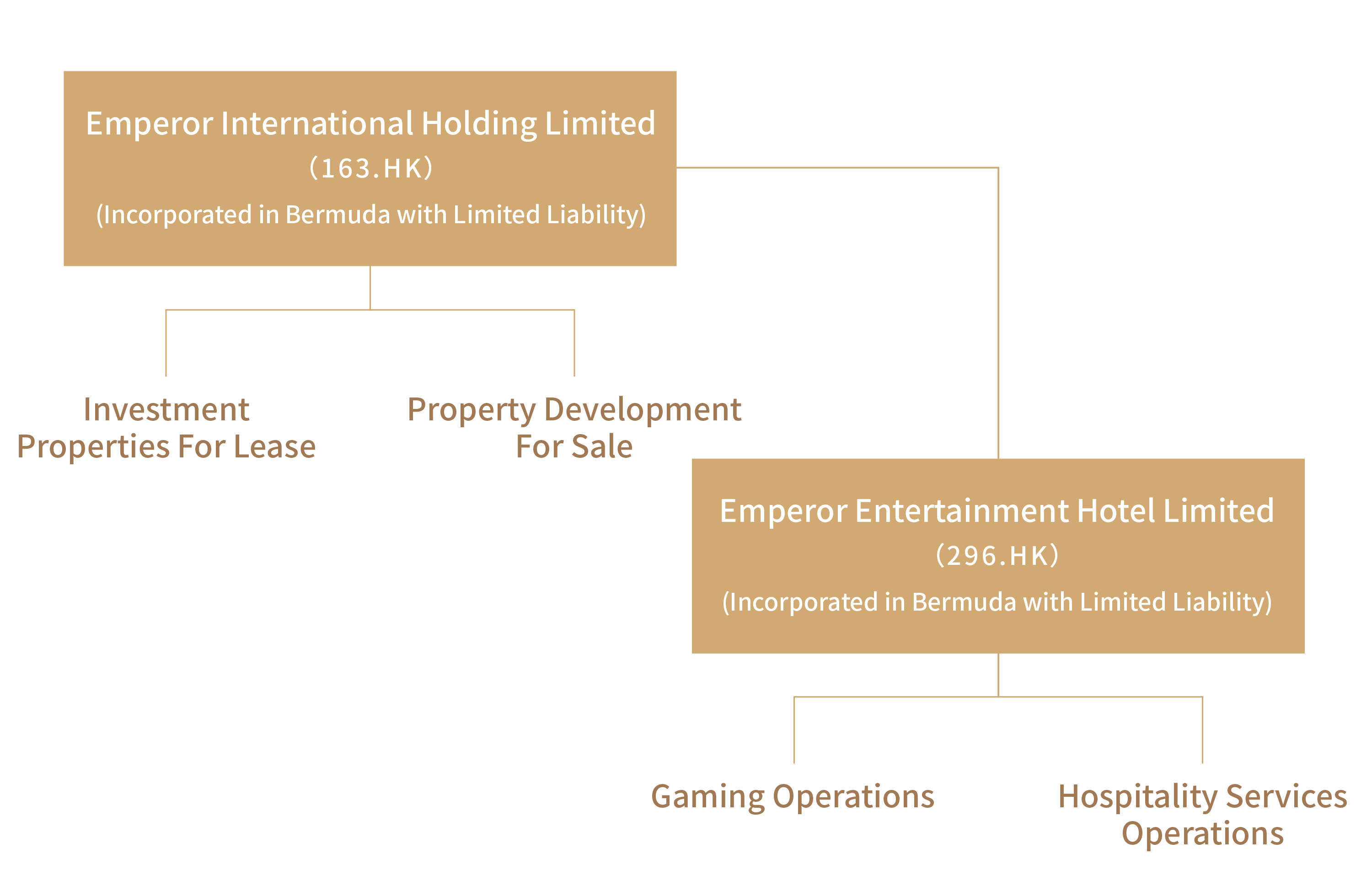 Residential projects comprise one of the Group‘s most vibrant business sectors; and for many years, the Group has been actively developing a number of prime residential properties in Hong Kong and mainland China. In Hong Kong, the Group’s most recent projects include No.15 Shouson on Shouson Hill, Central 8 in Mid-Levels, Upton and Harbour One in Western District, THE JAVA in North Point, 18 Upper East in Shau Kei Wan, The Amused in Cheung Sha Wan, The Prince Place in Kowloon City, Peak Castle and Seaside Castle in Tuen Mun. All these projects have received overwhelming responses from property buyers. Projects that are currently being developed are located in Bonham Road & Old Bailey Street in Mid-Levels, Wang Tak Street in Happy Valley and Old Main Street in Aberdeen etc, tailoring to fit different needs of property buyers. In mainland China, the Group has two important projects in Xiamen. In the 1990s, the Group developed Emperor Riverside Garden Phase I, which was well received by mainland Chinese buyers. Thus, after 2000, the Group launched Phase II of Emperor Riverside Garden, which has also become one of the most luxurious residential properties in the heart of Xiamen.

The Group owns a wide range of office towers. These include Emperor Group Centre, where the Hong Kong headquarters of the Group is located; China Huarong Tower and 81 Lockhart Road in Wan Chai, Emperor Commercial Centre in Central and Emperor Hollywood Centre in Sheung Wan. Buildings in industrial districts, such as 4 Kin Fat Lane project in Tuen Mun, have also been acquired over the years. The Group has recently expanded its overseas presence, with the acquisition of projects at Nos. 181-183 , 25-27 and 111‐125 Oxford Street, London. Emperor Group Centre on Chang’an Avenue in Beijing has become the China headquarters of the Group. In addition, it has been awarded the honor of “6-Star Super A-level Building” by Beijing Central Business District Administration Committee, successfully establishing an image of world-class commercial building.

The Group believes that both neighbourhood shopping centres and upscale lifestyle complexes have huge development potential. Its flagship mall project, the pulse, beside Repulse Bay beach, showcases a line-up of chic restaurants and shops; whereas Fitfort in North Point and Level 3, New Town Mansion in Tuen Mun and Sui Wo Road commercial complex in Shatin offer everyday convenience to local residents and office workers while providing stable sources of rental income to us. Apart from local projects, the newly-developed shopping mall Emperor Nam Van Centre in Macau is also expected to become international attraction for overseas shoppers.

The Group’s investment property portfolio primarily focuses on quality street-level retail spaces in key cities in Greater China as well as London. In recent years, The Group has been expanding its coverage, enabling it to possess a geographically balanced property portfolio. It owns several ground-floor retail properties in the prime location such as Russell Street in Causeway Bay. Apart from high-end shopping districts, the Group has also invested heavily in places frequented visited by young people. These include a number of shops on Lockhart Road in Causeway Bay, giving the Group one of the most diverse portfolios of retail spaces among any local developers.

The Group also has substantial experience in developing hotel projects. These include The Emperor Hotel, as well as the Grand Emperor Hotel and Inn Hotel in Macau. The Group has also launched its The Unit Serviced Apartments, which nestled in the heart of bustling areas–Causeway Bay, Happy Valley and Kennedy Town.

The Group will continue to enhance its investment property portfolio to increase profitability. In addition, it will optimise the tenant mix and strive to constantly maintain occupancy levels close to 100 percent. In addition, the Group will launch new property projects to meet market demand.